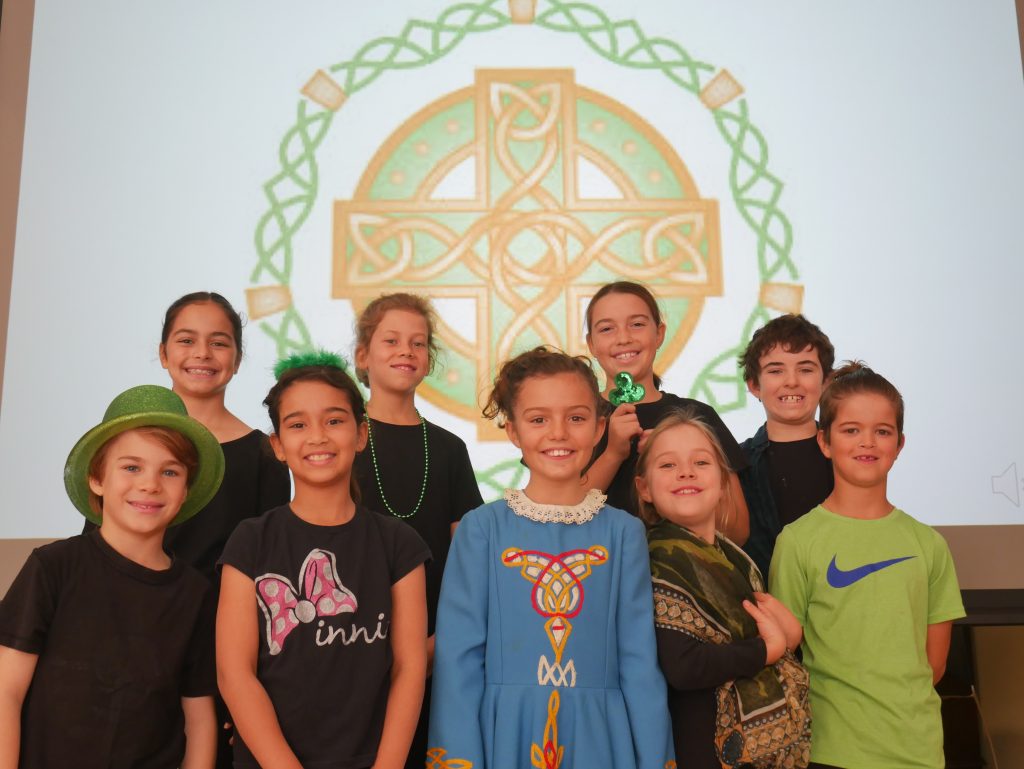 The Eucharistic Prayer is the central prayer of worship. This prayer begins with the priest inviting us to pray together as one. The priest says
‘The Lord be with you’ and we respond ‘and with your spirit.’

In a reflection last term, we identified the chalice, the paten and the ciborium as the sacred vessels that are on the altar during the Eucharistic Prayer. These items are always treated with special care and reverence as they hold the Body and the Blood of Christ once the words of consecration are said at each Mass.

The following items are also on the altar during the Eucharistic Prayer. Some on these items have interesting names which can be traced back to earlier times when Mass was celebrated in Latin.

Altar Cloth
The earliest Christians lived in a region where fine linen, especially linen from Egypt, had been highly prized for centuries. The tradition of using a special cloth which may be fine linen continues today as there is at least one white cloth covering the altar for the celebration of Mass.

Altar Crucifix
In ancient times, the large cross used in the entrance procession was positioned prominently for this part of the Mass. Today a smaller cross, or crucifix, is placed on the altar so that as the Priest was saying Mass can glance at it during the Eucharistic Prayer. 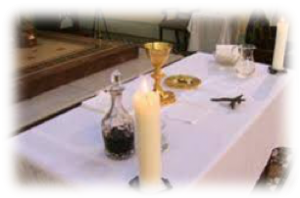 Symbolically candles represent Christ as the light of the world which is most prominent at the Easter Vigil. The celebration this year was on Saturday 20 April.

Candles are used at every liturgical celebration as a sign of reverence and festiveness.  Candles are also placed on or next to the altar during the celebration of the Eucharist

Flowers are used as a sign of joy and have traditionally been used to enhance the celebrations. There are often more flowers at Easter, Christmas, and special feasts. There are less flowers during Advent. Lent is a time during the year when flowers are not used at all.

Cruets
Cruet means the bottles or jugs that hold the water or wine that are carried to the altar at the Preparation of the Gifts. The cruets are traditionally made of glass.

LifeLink Day has been celebrated in the Archdiocese since 1994. As a school we have completed a ‘Big Book of Love and Hope’ that we will be presenting at the LifeLink Day on Wednesday 5 June. In this book we have included our prayers, messages and thoughts for those in need. During the time that we have been creating the book we have also researched the work of some of the LifeLink agencies. Our book, along with many others will be displayed in a venue in the Archdiocese of Perth. A copy of this book will also be kept at school.

Today we also had the first Cake Stall. Thank you to all the Year Five parents who generously donated the amazing Cake Stall food. The choices were fantastic.

Next week we look forward to another Cake Stall on Thursday 30 May organised by Year Two.

There are four more Cake Stalls for this term:

As a school we will be celebrating Lifelink Day on Wednesday 5 June with free dress. All children are encouraged to bring a gold coin on this day to support LifeLink.

Congratulations
On Saturday 25 May Alissa, Alexis, Bryant and Erin will be commissioned as Altar Servers at Infant Jesus Parish. Altar servers are a very important part of the liturgy and assist the priest and the acolyte in many ways during the Mass by holding the candles to highlight the importance of both the Gospel and the Offertory Procession, ringing the bells during the Eucharistic Prayer and holding the book for the Priest, and helping the Priest prepare the altar before the Eucharistic Prayer.

These students have participated in the Altar Servers program in the Parish. If you are interested in becoming an altar server please contact the Infant Jesus Parish Office or School Office.